Teen pregnancy is a big enough problem in Mississippi. Let’s not invent another one.

Mississippi's new law requiring doctors to take DNA samples from umbilical cords of mothers under 16 was hailed by supporters as a key step toward combatting teen pregnancy. Instead, by ignoring the real causes of unplanned pregnancies, it risks exacerbating the problem.

On July 1, a Mississippi law took effect mandating that doctors take a sample of umbilical cord blood from all mothers under the age of 16. If paternity is in question or if a man over the age of 21 is suspected of fathering the child, the DNA can be run through the state’s DNA database to see if the man has previously been arrested.  Gov. Phil Bryant said, in reference to the new law, “As governor, I am serious about confronting and reducing teen pregnancy in Mississippi. Unfortunately, part of this epidemic is driven by sexual offenders who prey on young girls. This measure provides law enforcement with another tool to help identify these men and bring them to justice.”

The governor is correct that Mississippi has a serious problem, though not necessarily the problem he claims. Mississippi has the country’s highest teen birth rate. Of Mississippi high school teens, 58 percent have had sex (the national average is 47 percent), and by the end of 12th grade, 70 percent are sexually active. Young people aged 15-24 make up only 15 percent of Mississippi’s population, but they account for 76 percent of chlamydia cases and 70 percent of gonorrhea cases. Not coincidentally, over one in three sexually active high school students do not use condoms.

The state’s new law confronts these issues in the same way that refilling a car’s wiper fluid confronts a flat tire.  The governor and his allies have spent precious time and resources looking for new problems to solve while ignoring the true causes of Mississippi’s teen pregnancy and sexual health crisis.

An Invasive Solution to an Uncommon Problem

For all of its fanfare, the umbilical cord sample law only applies to a small percentage of teen mothers. Samples are only taken from women under the age of 16 who have been impregnated by older men. Both conditions constitute a slim minority of cases.

Of the teen births in Mississippi, 70 percent are to teens aged 18 to 19, and most teenage women having sex for the first time as a teenager have a partner close to their age. While it is true that young women having sex for the first time at 14 or younger are more likely to have an older partner — half more than three years older – they result in few births (only 97 statewide in 2011).

Even for the small percentage of pregnancies in women younger than 16 that are caused by an adult male, the law will only make a difference in a handful of criminal prosecutions. The DNA evidence will only aid an arrest if the mother sees the pregnancy to term, and if the DNA matches a sample already on file in the state’s database. Out-of-state offenders, first-time offenders, or never-before-caught offenders will all escape notice.

Nevertheless, even in rare cases, cracking down on sex offenders can be a worthwhile pursuit, but only if the benefits outweigh the costs.

The new law has a number of negative consequences. It puts doctors, nurses, and midwives in the position of law enforcement. They will be required to collect evidence for potential crimes without the consent of the mother, raising serious constitutional questions that will be litigated at the expense of the state. The DNA will be stored permanently, also at cost to the taxpayer, even though much of it will never be used. In a state committed to small-government principles, it is disconcerting that many of our leaders believe it is in the public’s interest to preserve the DNA of citizens who haven’t even been charged with a crime.

But the law’s biggest cost can’t be measured in terms of tax dollars or personal privacy, but rather in the opportunity cost of prioritizing a relatively minor issue over more insidious, far-reaching problems.

Proponents of this law—Rep. Andy Gibson, who drafted it, and Gov. Phil Bryant—are claiming to fight teen pregnancy while ignoring all of the policy options that could have an actual impact. Their solution ignores the two largest contributors to teen pregnancy: teens and sex. Until Mississippi lawmakers acknowledge that teens will, and do, have sex, Mississippi will continue to be best at being the worst.

We Can’t Solve a Problem We Refuse to Talk About

According to a 2011 survey, 92 percent of parents in Mississippi support sex education. Over 90 percent support the inclusion of information on getting tested for STIs and HIV, and 90 percent support a full discussion of birth control methods, including how to use them and where to get them.

By June of 2012, all Mississippi school districts had to choose a sex education curriculum. The choices were abstinence-only or abstinence-plus. Both curricula must teach “the likely negative psychological and physical effects of not abstaining,” and that “fidelity within marriage is the only certain way to avoid out-of-wedlock pregnancy [and] sexually transmitted diseases.” Classes may have discussions of condoms and contraceptives, but only if they include “a factual presentation of the risks and failure rates.” No demonstrations or explanations of how to use condoms and contraceptives are permitted.

Mississippi’s law concerning sex education runs contrary to the stated wishes of the  majority of Mississippians. By focusing on moralistic, old-fashioned ideals, these politicians are leaving teens without the tools to make healthy, responsible decisions. They are also ignoring the evidence: teens receiving comprehensive sex education have been shown to initiate sex later than those receiving abstinence-only, and these teens are more likely to make responsible decisions when they do start having sex. Teens receiving abstinence-only education are less likely to use contraception and more likely to end up with STIs or unwanted pregnancies.

It is no surprise, then, that Mississippi’s new umbilical cord blood law stands in stark contrast to the reality of teen pregnancy. Most young mothers were not seduced or raped by an adult male predator. Most young mothers had sex with a boyfriend or friend close to their age. But no one in the state’s elected offices wants to acknowledge that teen girls might choose to have sex; they only want to talk about victims. So they invent the problem of teen pregnancy caused by adult predators, and then provide a law enforcement “solution.”

By not teaching them when they can and should say yes, we are not making it easy for teens to say no when they need to. And that does create victims. 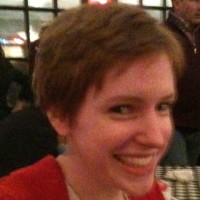 Genie Leslie is a freelance writer and editor currently living in Seattle. A native of Oxford, Miss., she received a BA in English from the University of Mississippi in 2011. She prevously worked as an editor at Nautilus Publishing Company in Oxford. She often writes about feminism, culture, and politics. You can reach her at genieleslie@gmail.com.