To succeed, Mississippi’s school leaders need the flexibility to fail (and try again)

What does success look like in Mississippi’s public schools? This relatively simple question can lead to some complicated answers.

Many evaluate the success of our public schools based on inputs, such as fully funding Mississippi’s adequate education formula. Others may evaluate success by outputs, such as how many students meet or exceed expected performance goals on standardized tests. Still others look for qualitative signs that schools are clean, orderly, and adorned with positive “You can do it!” messages in the hallways.

[column size=”two-third”] In his book, “How Children Succeed,” Paul Tough raises this question by investigating something much deeper than money or rigorous standardized tests can reveal: character education. Tough concludes that traits such as determination, curiosity, and self-confidence are better predictors of life success than mere cognitive intelligence. These critical skills can only be developed by facing and overcoming failure. [/column]
[column size=”one-third” last=”true”]

[alert type=”info”]For more information about the character-building programs at Riverdale and KIPP — and the research behind them — read Tough’s New York Times Magazine piece here. [/alert][/column]

Tough’s research found that character education was lacking in schools across the socioeconomic spectrum. Our most affluent kids often grow up in insulated environments where opportunity and praise are delivered free of obstacle, while those born into poverty rarely receive the necessary support to turn their daily struggles into character-building lessons.

A focal point of Tough’s argument came from interviews with two school leaders who are working to integrate character education on different ends of this socioeconomic divide. Dominic Randolph, headmaster of the prestigious Riverdale Country School in New York City – pre-kindergarten tuition starts at $38,500 a year – had sensed that the national push on standardized testing, including at his school, was “missing out on some serious parts of what it means to be human.” Under his leadership, Riverdale has scrapped Advanced Placement classes and limited homework. He has launched a character initiative to equip his high-achieving students with the ability to deal with adversity.

Randolph has collaborated closely with Dave Levin, co-founder the Knowledge is Power Program (KIPP), one of the best-performing charter school networks in the nation. KIPP’s mostly low-income students often receive the highest test scores of all public schools in New York City, and many eventually win admission to selective colleges and universities. But Levin noticed that too many of his students were dropping out of college once they got there. As he examined this trend, he noticed that the former KIPP students who did well in college were not necessarily the ones with the best high school test scores. Rather, the students who graduated from college were often the students who showed exceptional character strengths such as persistence, optimism, and social intelligence.

So what can Mississippi learn from the experience of Randolph and Levin? It’s not that they have all the answers. Quite the opposite, in fact: it’s that they know they don’t.

They do, however, have the flexibility to think about problems in new ways. That’s what led Levin and his team at KIPP to track the success of their students after they graduated and went to college, and for Randolph to do away with traditional college prep classes. They asked tough questions of themselves and sought out new ways to define and achieve success.

Instead of picking one model over another, Mississippi’s education system should focus on the bigger picture: How can our learning environments be constructed to promote, rather than stifle, innovation? By any definition of success, Mississippi’s schools fall short of national and international standards. Doing things the same old way is not a viable option.

The innovative classrooms at KIPP and Riverdale now teach their students to stand up to their challenges rather than to shrink from them. Mississippi’s educational institutions and stakeholders should embrace the same values.

It starts by advocating for flexibility in school leadership. The decision-makers in our public schools must be given the chance to create policies and practices that will meaningfully transform the lives of students.

How can we in Mississippi create opportunities for more innovative and high-capacity leadership? Charter schools are one way to attract such individuals, but our traditional administrator preparation programs also must reinvent themselves.

Innovation shouldn’t be a bad word in public education. For the sake of Mississippi’s children, we must recognize our failures, take risks, and seek out practical solutions. If those are the qualities that have been proven to help our children succeed in life, then shouldn’t we try them as well? 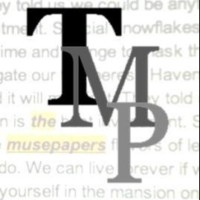 Erika Berry serves as the Executive Director of the Mississippi Charter Schools Association, transitioning from the role of Advocacy Coordinator with the Mississippi Coalition for Public Charter Schools. Before returning home to Mississippi, Erika worked in Nashville, TN, with Tennessee SCORE and the Tennessee Charter School Incubator, but her favorite job thus far has been teaching middle school math in Charlotte, North Carolina. A native of Brandon, Mississippi, Erika received a Bachelor of Arts in Political Science from Ole Miss and a Master of Public Policy in Education Policy from Vanderbilt University’s Peabody College. You can contact Erika at erika@mscharterschools.org.