LBJ launched the War on Poverty 50 years ago today. These maps show how poverty in Mississippi has changed since then. 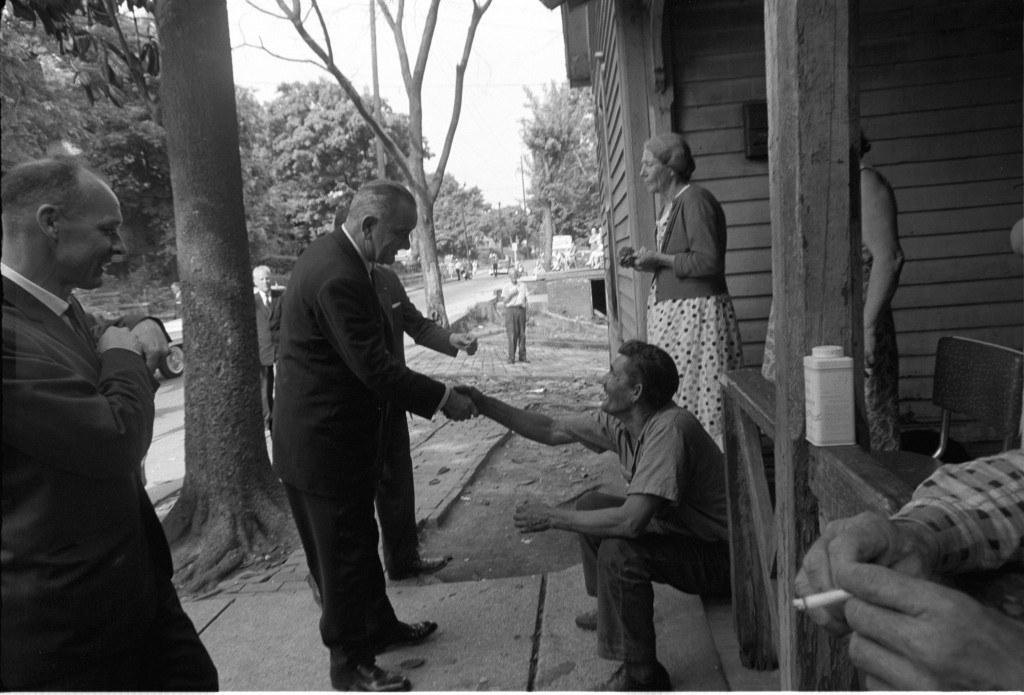 During his State of the Union address on January 8, 1964, President Lyndon Johnson began the “War on Poverty” with these words:

This administration today, here and now, declares unconditional war on poverty in America. I urge this Congress and all Americans to join with me in that effort.

Congress took up LBJ’s call and created, amongst other things, Medicare and Medicaid, Head Start, food stamps, and the Elementary and Secondary Education Act (later reconstructed as No Child Left Behind). They also expanded Social Security to what we know today. These programs immediately transformed American social democracy, and the interpretation of their effect — government advancement or overreach? — has defined national political debates ever since.

[alert type=”info”]For more about the War on Poverty and its legacy, please read Dylan Matthews’ excellent summary at The Washington Post’s Wonkblog.[/alert]

In 1964, Mississippi was the poorest state in the nation. It remains so in 2014.  Absolute poverty, however, has dropped drastically over that time: 54 percent of Mississippians lived in poverty a half-century ago, down to 22 percent today. The biggest drop — nearly 20 percentage points — took place during the 1960s, once the federal anti-poverty programs took effect.

The economic advancement of black Mississippians deserves most of the credit for the state’s poverty reduction. Almost 60 percent of African American families lived in poverty in 1970 (the first year racial breakdowns were available, though the rate likely exceeded 80 percent before 1964). In 2012, the black poverty rate stood at 36 percent– a number that represents progress but deserves absolutely no praise. The poverty rate among white families has ticked down two points over that same period, from 16 percent to 14 percent, equal to the current national average.

County-by-county data from 1970, the earliest available, show that the Delta faced the state’s worst poverty concentrations, though the condition was widespread. Even Mississippi’s wealthiest counties exceeded the national poverty rate at the time, 13.7 percent.

By 2012, poverty in the Delta had become distinguishably higher than the rest of the state. Several areas, most notably the Memphis and Jackson suburbs, now boast poverty rates significantly lower than the national average.

When we pull back a bit, we can see how Mississippi’s poverty rates compared with the rest of the country in 1970. Mississippi sat in the middle of a contiguous band of high-poverty counties that stretched from the Arkansas/Louisiana Delta to the South Carolina Low Country and up to Virginia’s Tidewater. This region was known as the “Black Belt” for its dark, fertile soil and, colloquially, for the large African American population that farmed it.

By 2012, however, the poverty of the Mississippi Delta was largely isolated. Georgia, the Carolinas, and Virginia have been among the fastest-growing states in the country since the 1960s. They have distanced themselves from Mississippi economically and demographically. Without a renewed commitment to alleviating poverty, Mississippi risks falling further behind our Southeastern neighbors — let alone the rest of the country — in the next half-century.