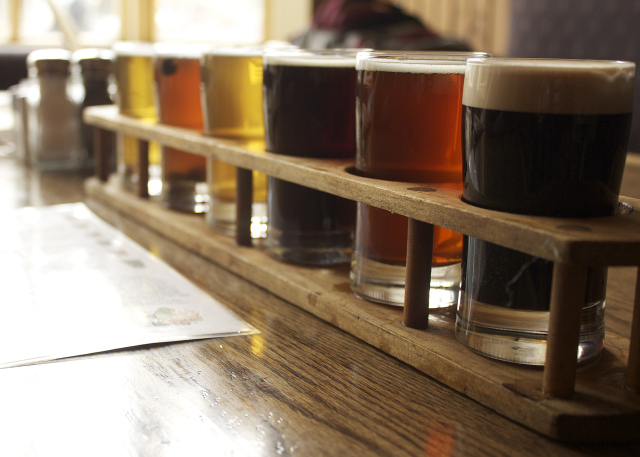 Prior to Prohibition, some alcohol manufacturers used heavy-handed business practices to pressure retail establishments to promote their products aggressively, and exclusively in certain circumstances. These close knit relationships between the manufacturer and the retailer became known as “tied houses.”

After the repeal of Prohibition in 1933, many states added an intermediate level of distribution between the manufacturer and retailer to counteract coercion and to encourage competition. This three tier system became widely accepted throughout the United States and involves a multilayered set of overlapping federal and state statutes and regulations. Notwithstanding, fundamentally, the three tier system prohibits close ties between manufacturers and retailers by requiring manufacturers to sell their products to distributors, not directly to retailers or consumers.

The first tier of the three tier system consists of the manufacturers of alcohol – distilleries, wineries, and breweries. Any individual or entity that wants to manufacture alcohol in the United States must apply for a permit from the Alcohol and Tobacco Tax and Trade Bureau (TTB), the federal agency that regulates the manufacture of alcohol.

Much like distributors, retailers must be licensed by a state. Once licensed, the retailer is permitted to sell alcohol to consumers. In almost every instance, federal and state law operates to prohibit vertical integration within the three tiers, commonly referred to as tied house prohibitions.

Other prohibitions found in a traditional three tier system are: (1) a manufacturer may not sell directly to a retailer or a consumer as this would bypass the second tier; and (2) in most instances, a retailer may not ship directly to out of state consumers as this would also bypass the second tier, albeit in another jurisdiction. These general prohibitions have been the subject of much debate in recent years as the alcohol manufacturing industry, especially the beer segment, has evolved in order to keep up with changing market dynamics and consumer demand.

For example, the beer industry has experienced a significant shift over the past few decades. Up until the 1970s, there were as few as 50 breweries in the United States and more than 5,000 distributors. Now, there are over 3,000 breweries and fewer than 1,000 viable distributors.

RELATED: Of Baptists, Bootleggers, and Brewmasters: Mississippi’s entry into the craft beer movement

Mega beer brands, such as Budweiser and Miller, still control the market, but the craft beer segment is growing at a double digit rate year over year and is gradually chipping away at the mega beer market share. This market shift is being largely driven by consumer demand for unique variations and styles of beer that are crafted by artisans using locally sourced ingredients.

So, in light of these changing realities within the beer segment of the alcohol manufacturing industry, the question becomes: Does the rigidity of a traditional three tier system make sense for the beer industry anymore? Many states have answered this question no, but not without lengthy and healthy debate.

Supporters of the traditional three tier system, largely those individuals and organizations that fall within the distribution tier, argue that this regulatory scheme strikes the appropriate balance between control and access to alcohol products. Critics of the three tier system, on the other hand, argue that it imposes artificial barriers that suppress innovation, restrict consumer choice, and hinder economic development. And while there is certain tension between these two competing philosophies, many states have sufficiently addressed these issues while protecting the interests of both sides of the debate.

Taprooms and limited retail sales have become increasingly more popular across the United States as it not only provides the consumer a more complete experience of a brewery tour, but is also consistent with exemptions that already exist for native wineries. Emphatically, these limited exceptions to the three tier system are by no means an attempt to displace the distribution tier. These exceptions are simply a natural legislative reaction driven by changing market realities and a desire to enable manufacturers with greater control over their product.

States that have carved out these exceptions to the three tier system understand that these exceptions do not impact the rights of out-of-state manufacturers nor upset local alcohol beverage markets. Furthermore, by modernizing beer laws and providing greater opportunities for manufacturers, many states have experienced a craft brewery clustering effect that has lead to greater sales for distributors, increased local tax revenue, and the addition of numerous direct and indirect jobs.

Through the modernization of beer laws and providing limited exceptions to the three tier system, states like North Carolina have experienced an explosion of growth in the craft beer industry. The number of breweries in North Carolina has grown from 25 in 2005 to over 100 in 2014. This largely organic growth was the direct result of modernizing beer laws and has lead to more jobs and greater tax revenue for local communities throughout North Carolina.

Why Mississippi must adapt to the times

Following the repeal of Prohibition, Mississippi was one of those states that adopted a three tier regulatory scheme for the distribution of beer. To date, the state of Mississippi has some of the most restrictive beer laws in the United States. While many states have carved out exceptions to the three tier system, Mississippi has done very little other than authorize limited brewery tours and the ability to serve a small number of free samples on those tours.

While many states have capitalized on the creative economy catalyst of craft beer manufacturers and are leveraging the industry as a economic development tool and tourism driver, the restrictive regulatory nature of the beer laws in Mississippi makes it very difficult for Mississippi based breweries to be competitive or sustainable.

In a manufacturing industry that is growing at a double digit rate year after year, Mississippi should be adopting legislation to make it a more competitive state for the craft beer industry. Not only are the current Mississippi breweries falling further behind the competition, but Mississippi itself is falling further behind the competition. States such as South Carolina and Virginia are now adopting economic development incentive legislation specifically directed at trying to induce the location of craft breweries to their states.

Craft breweries across the country are having a positive transformative effect on communities. The founders of these creative economy businesses are rehabilitating once blighted industrial areas and investing meaningful sums of money in local economies leading to impactful job creation.  There is a manufacturing industry in Mississippi that is not as competitive as it should be and it is time to change this reality for the betterment of all.